Three leading Bostonians of Irish ancestry were honored this week at an October 28 luncheon before an audience of 350 guests at the Seaport Hotel in Boston’s waterfront seaport district.

Ms. Swanton and Mr. York gave stirring acceptance speeches; Mr. Cronin was unable to attend due to a family medical issue, and his remarks were delivered by a colleague, Michael Kineavy. 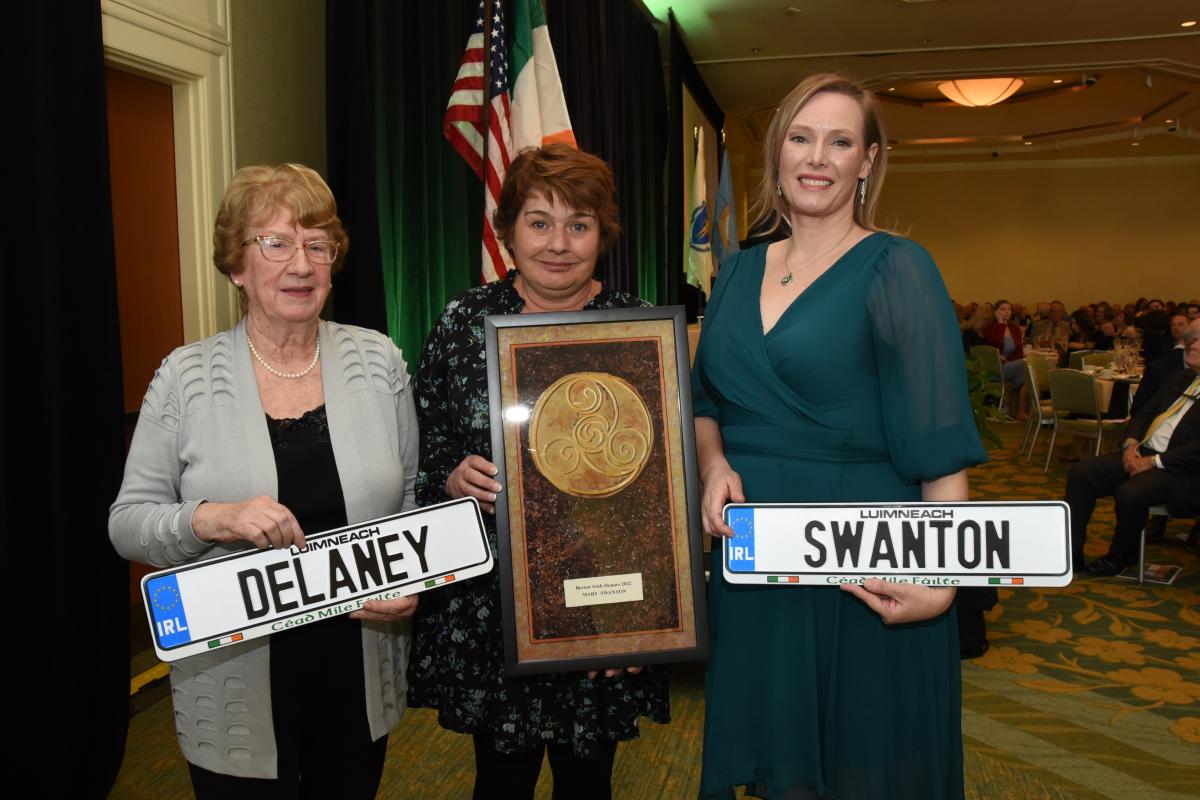 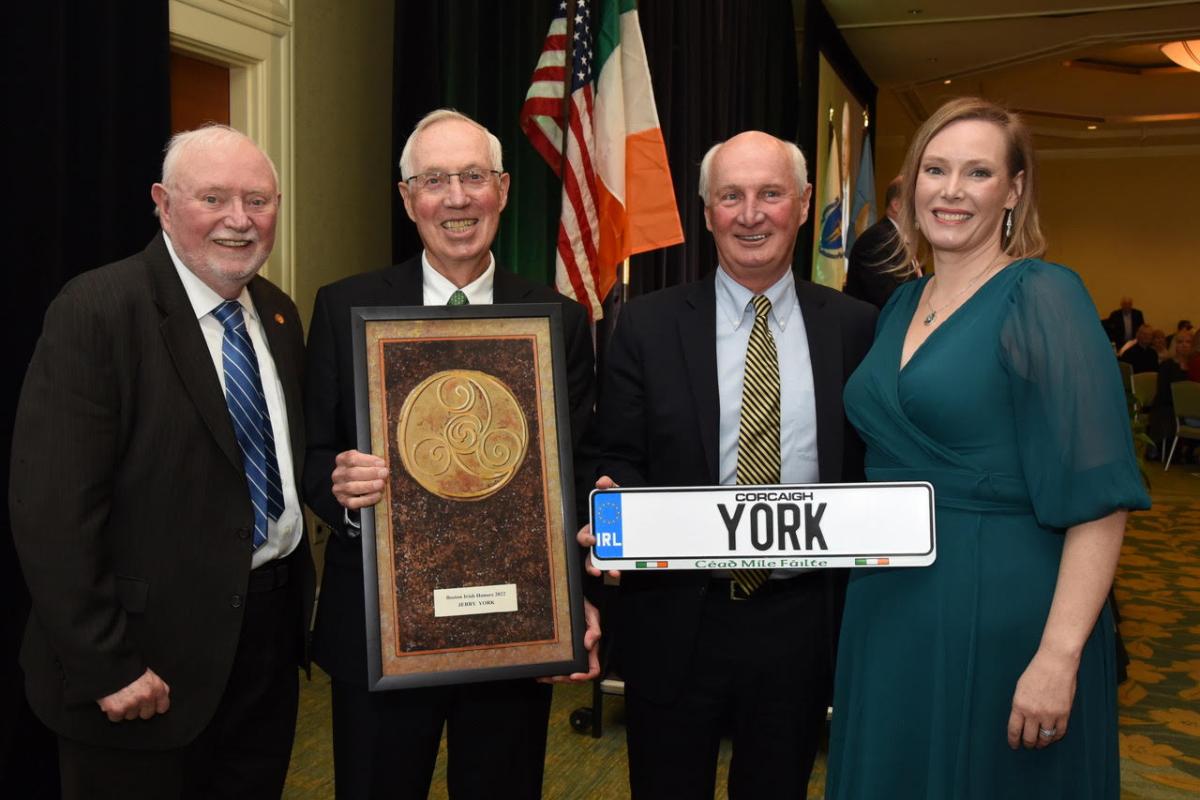 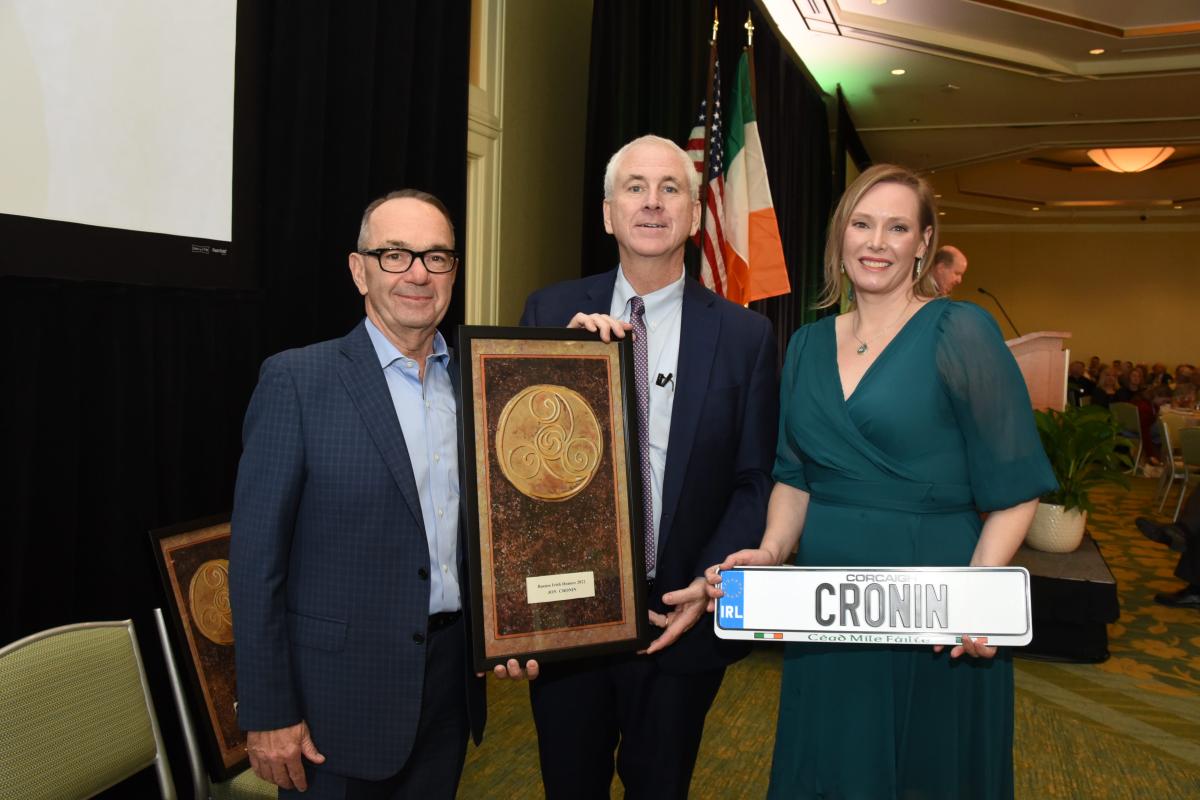 Michael Kineavy, left, accepted an award of behalf of his colleague Jon Cronin. He is pictured with Boston Irish Honors Chairman Joseph Nolan and Maureen Forry-Sorrell 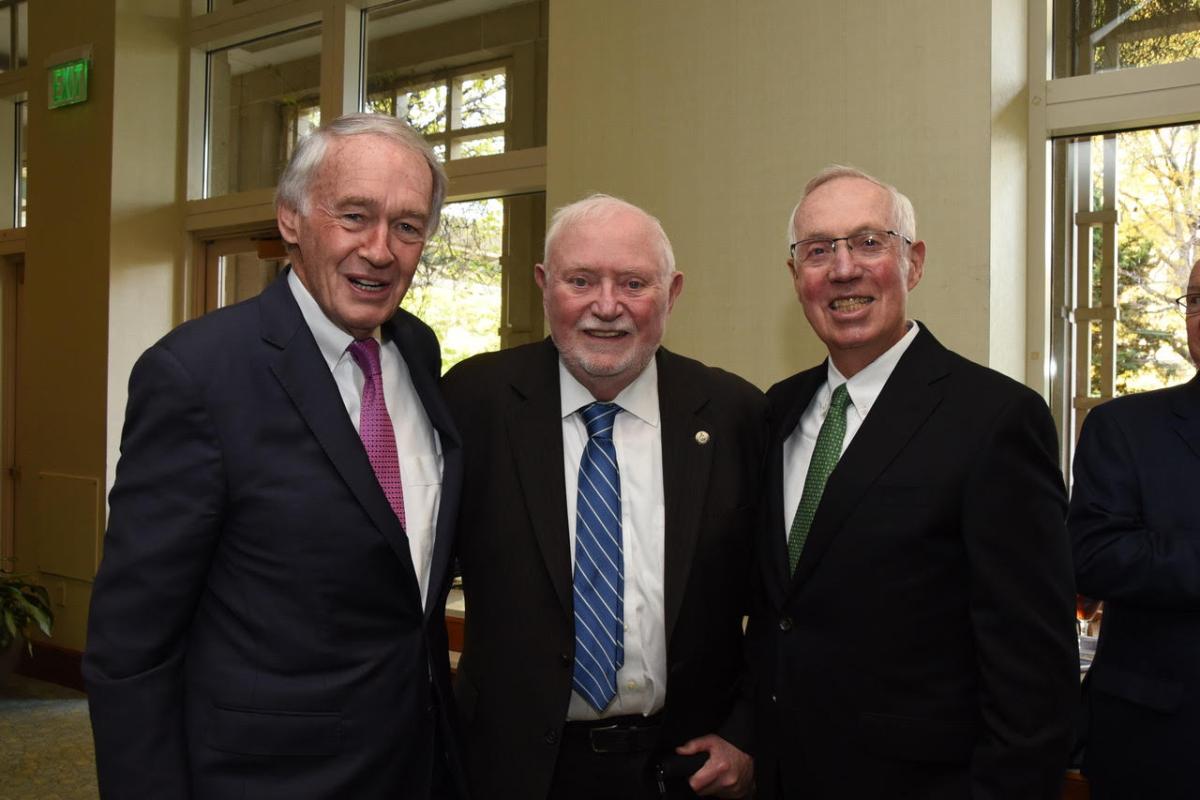 "Boston Irish Honors recognizes and tells the stories of remarkable people who share a Boston Irish immigrant heritage, to celebrate their exemplary endeavors in public service, business and community leadership,” said  Ed Forry, Boston Irish Magazine publisher. "The program acknowledges the special lifetime achievements of these individuals and families who exemplify the very best of our Irish values, legacies and traditions.

“Boston Irish Honors is dedicated to celebrating and preserving the heritage of Boston’s Irish. Some of Irish America’s best-known and beloved people and families have graced the Seaport ballroom stage annually since 2010.  This year’s cohort of honorees continues that proud tradition. John Cronin, Mary Swanton and Jerry York have distinguished themselves in their lives and careers and causes— each in their own distinct way.

"But the common denominator— as it has been for the almost 40 Boston Irish families and individuals we’ve highlighted since that inaugural event— is not just their ancestry in Ireland; it’s the way these special people remain connected to those roots and honored their forebears by exhibiting compassion, respect and generosity to people of all backgrounds who have followed their lead in carving out a life in a new land.

"Boston has always been a city of immigrants. We Irish are central to that story, of course. And we hope that in telling our stories we might propel  and inspire our fellow Bostonians, no matter their place of birth or station in life. After all, we are all immigrants, or children or grandchildren of ancestors who took that great leap to establish their homes in this, the most Irish of American cities, in this, the greatest country in the world."

The event is sponsored annually by Boston Irish Magazine and BostonIrish.com, publications of Boston Neighborhood News Inc., a family-owned community media company which also publishes the Dorchester Reporter and Dotnews.com.