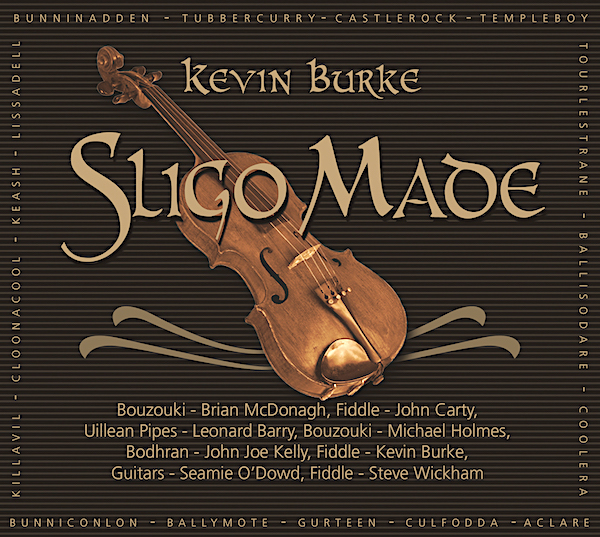 Kevin Burke, “Sligo Made” • The title is a pun – a riff on the reel “Sligo Maid” – but you don’t have to get the joke to appreciate this latest release from Burke, a master of the Sligo fiddle style and, lest we forget, a seminal figure in the Irish folk/trad music revival. His portfolio includes The Bothy Band, Patrick Street, Celtic Fiddle Festival, and numerous collaborations with the likes of Christy Moore, Cal Scott, and the Andy Irvine-Paul Brady duo.

Burke’s previous album, “An Evening with Kevin Burke” – a solo concert recording released in 2018 – and now “Sligo Made” suggest he has entered a reflective period in his career. “An Evening” included a number of tunes and medleys associated with his former bands, and with storied fiddlers like Tommy Potts, Lucy Farr, and Bobby Casey, as well as reminiscences and anecdotes from over the years. “Sligo Made” is his tribute to the region whose music he embraced – although a native of London, Burke’s parents were both from Sligo – and has championed; the album was recorded in Sligo, and its sleeve includes both an honor roll of distinguished Sligo musicians and a listing of Sligo locales.

That said, the album’s contents are not, strictly speaking, Sligo-only. For a start, there is the Mexican polka “Jesusita En Chihuahua” (sometimes known as “The J.C. Polka,” writes Burke in the sleeve notes, or “Jessie’s/The Jessie Polka”) and “Canyon Moonrise,” a waltz written by the late Boston-based guitarist John McGann, a one-time member of Celtic Fiddle Festival. Some of the Irish tunes are often more associated with traditions like Sliabh Luachra and Clare, such as “The Humours of Castlefin,” “Fahy’s Hornpipe” and the “Ballydesmond Polkas” (for which Burke credits renowned Kerry musicians Julia Clifford, Denis Murphy, and their mentor, Padraig O’Keefe).

Yet while Irish regional traditions may be distinctive, they are not insular – the music, like the people who play it, travels far and wide and both provides and receives influence and inspiration. And that is what comes across on “Sligo Made”: Whatever the source of these tunes, and however they came to Burke and when, whether long ago or more recently, he has made them his own. And it all sounds perfectly marvelous.

Burke has assembled a thoroughly impressive supporting cast for “Sligo Made.” Roscommon fiddler John Carty joins him for three duets, which are delightful in and of themselves while also demonstrating how different styles and techniques can simultaneously contrast with and complement one another: Their medley of “Fahy’s Hornpipe” with “The Foxhunter’s Reel” is particularly exhilarating.

Leonard Barry, an uilleann piper from Kerry who’s a longtime Sligo resident, plays with Burke on three superlative tracks, including an invigorating trio of slides (“The Clog/Abbey’s Green Isle/O’Keefe’s”) and three reels (“The Millstream/Geese in the Bog/Devils of Dublin”) with a solid Sligo pedigree – these versions come from Michael Coleman and Lad O’Beirne. Accompanying Burke and Barry are John Joe Kelly – the masterful bodhran player of Flook – and Dervish’s Michael Holmes on bouzouki (he also teams with Burke on the aforementioned polka set). Holmes’s Dervish colleague Brian McDonagh, who engineered the album, supplies bouzouki on its closing track, “Gallowglass Jig/Coach Road to Sligo.”

“Jesusita En Chihuahua” and “Canyon Moonrise” are enlivened by the contributions of guitarist Seamie O’Dowd and Waterboys fiddler Steve Wickham (along with Kelly on “Jesusita”). These tracks serve as welcome reminders of Burke’s forays into other kinds of music, such as his stint with Arlo Guthrie’s band and in Open House, which pulled together Irish/Celtic, American, and world styles.

Such experiences surely helped broaden Burke’s perspective on the fiddle’s possibilities beyond Irish music, even as he continued to refine his work in the Sligo tradition. Perhaps that’s why the home page of Burke’s website displays the Thomas Beecham quote “The function of music is to release us from tyranny of conscious thought.” Not that Burke isn’t thoughtful about his fiddle-playing, of course, but the music comes as much from his heart and soul as his head. [kevinburke.com] 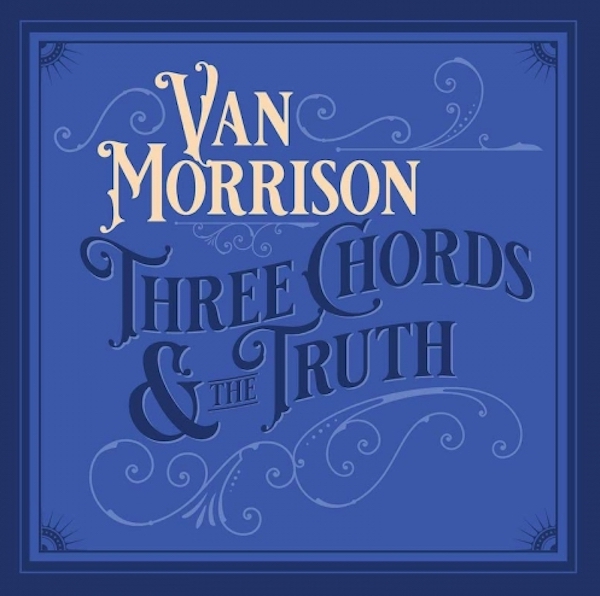 Van Morrison, “Three Chords and the Truth” • No back-handed praise here for 74-year-old Sir Van the Man – you know, with phrases like “shows no signs of age,” “fountain of youth,” “not ready for the rocking chair” and so on. The Pride of Belfast is, quite simply, one of the foremost performers and songwriters of our epoch, continuing to produce music of high quality over an extraordinarily long period of time. What’s more, these past several years have been among his most productive: He has now released six albums since 2015, and this one is all-original material (he shares co-writing credit with Don Black for one song).

Morrison’s voice is as much a force of nature as ever, commanding attention whether he’s crooning (“Dark Night of the Soul,” “If We Wait for Mountains”) or proclaiming (“Fame Will Eat the Soul” – a bracing duet with Bill Medley of the Righteous Brothers – “Nobody in Charge,” “You Don’t Understand “); he even adds a playful little yodel at the end of the country-and-westernish “Bags Under My Eyes.” His instrumental talents also get plenty of exposure, including fine sax solos on “Nobody in Charge” and the nostalgic rock ‘n roller “Early Days,” and turns on acoustic and electric guitars and keyboard. His backing musicians, notably guitarist Jay Berliner – whose association with Morrison goes back to the landmark 1968 “Astral Weeks” album – and organist John Allair, are nothing short of superb.

While his writing has a fond-remembrance quality on “Early Days” and “In Search of Grace,” and a meditative air on “March Winds in February” and “If We Wait for Mountains,” there’s an edge, and a decided relevance, to “Nobody in Charge,” a knock on Brexit, and “You Don’t Understand,” which lays out a general wariness about the conduct of government and politics (“Trying to see through Celtic mist/Does freedom of speech exist/What free state is this?”).

Morrison ties everything together at the end of the album with “Days Gone By,” which interpolates the melody and some lyrics of “Auld Lang Syne” with his own benediction: acknowledging and letting go of regrettable words and deeds (“We were all so young and foolish then/hopefully, we can make mistakes and grow”), but not apologizing for taking the path of most resistance (“Everything I’m doing/I had to fight for it”), and calling out those claiming to “lead a perfect life” (“Sweep everything under the rug/and they’re never free from conflict and strife”). Warmed by Allair’s soothing chords on the Hammond, Morrison sings of a fulfilling, simpler existence (“I wanna carry child on my back across the river/Gonna keep on walking, walking in the days/In the days of Auld Lang Syne”).

The title track, ironically, has nothing to do with country music – as famously defined by Harlan Howard – but speaks to Morrison’s deep bond with music and its fundamental virtues, and the hold it can exert on us even when we may not realize it. In this sense, “Three Chords and the Truth,” the song and the album, is Morrison’s homage to the art form to which he has been devoted lo these many decades. [vanmorrison.com]