Alasdair Fraser and Natalie Haas will be featured in the BCMFest 2021 Nightcap concert. Photo by Irene Young

BCMFest (Boston Celtic Music Fest) will mark its 18th year this month by bringing some of Boston’s favorite Celtic music and dance performers to homes throughout the world – virtually speaking, that is.

The festival, which will take place January 14-18, will stream performances and workshops online, continuing its mission of celebrating the Greater Boston area’s rich trove of music, song and dance from Irish, Scottish, Cape Breton, and other related traditions. BCMFest also spotlights renowned artists from the US and abroad who have formed ties with the local Celtic music community. This year, the festival’s special guests are Irish singer-songwriter Karan Casey and the fiddle-cello duo Alasdair Fraser & Natalie Haas; they will take part in the BCMFest Nightcap finale concert, and lead workshops at other times as a bonus feature of the festival.

BCMFest is a program of Passim, a Cambridge-based non-profit that supports a vibrant music community through Club Passim, music school, artist grants, and outreach initiatives.

As always, BCMFest will be a diversity of sounds, whether strongly rooted in traditional styles or reflecting contemporary influences and perspectives. Among the acts scheduled to appear are Matt & Shannon Heaton, Joey Abarta, Hanneke Cassel & Yann Falquet, Katie McNally & Neil Pearlman, Scottish Fish, Jenna Moynihan, and the Atlantic Folk Trio.

BCMFest 2021 events also include “From the Floor,” a “visual album” of Irish dance, and a showcase of young Boston-area Irish musicians (Niamh McGillicuddy, Seamus Noonan, and Yuriy and Misha Bane).

The 2021 festival will be available for viewing via the Passim YouTube site; schedule information and other details can be found at passim.org/bcmfest.

BCMFest committee members say this year’s festival is about staying connected, not only to Boston but the wider world. During a year in which venues have closed and live events have been cancelled, they note, Celtic performers have turned to technology as never before to share their music and dance, whether through social media, teleconferencing apps, MP3s, YouTube videos, or other means – and, in doing so, linking the Celtic music community in Boston with many others.

Kicking off BCMFest 2021 on Jan. 14 will be the First Round concert from 7-9 p.m., with Scottish Fish; Martin, Beston & Brillhart; Joey Abarta; and Hanneke Cassel & Yann Falquet. The festival continues with the Roots & Branches concert on Jan. 15 from 7-9 p.m., featuring Jenna Moynihan; the Atlantic Folk Trio; Laura Feddersen, Nathan Gourley, Cara Frankowicz & Alan Murray; and Katie McNally & Neil Pearlman. A donation of $15 is suggested for each concert.

A full slate of performances is on tap for Jan. 16, with Dayfest (2-7 p.m.): Molly Pinto Madigan; Elizabeth & Ben Anderson; Niamh McGillicuddy, Seamus Noonan & Yuriy and Misha Bane; The Treaty Trio; a screening of “From the Floor”; Will Woodson & Caitlin Finley; Rakish; Corner House; Eric Boodman & Yann Falquet; and Matt & Shannon Heaton. A donation of $20 is suggested.

The festival resumes that evening at 8 p.m. with the Nightcap concert, continuing one of BCMFest’s more recent innovations: inviting select performers to serve as special guest “mentors,” and share their insights and experiences as well as their talents. 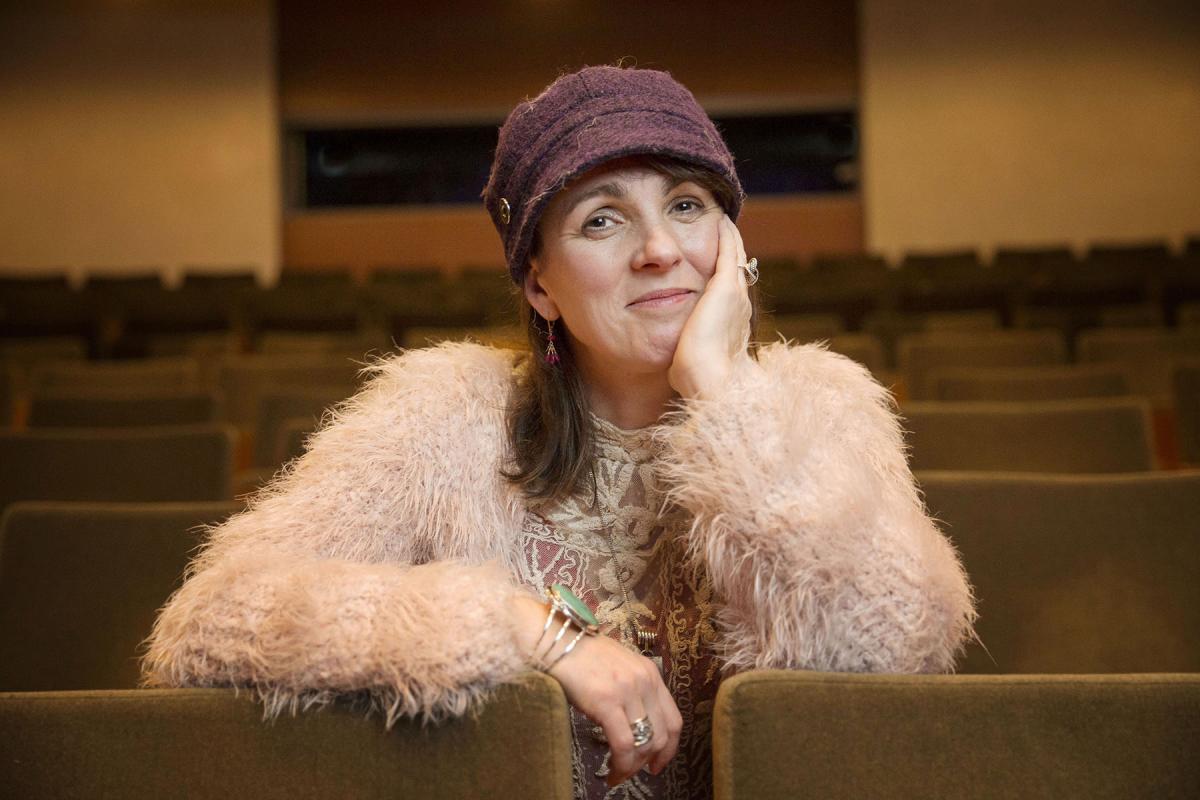 Irish singer-songwriter Karan Casey will perform at the BCMFest Nightcap concert and lead a workshop on songs of social justice.

• Karen Casey is an Irish native with a background that includes classical and jazz as well as traditional Irish music. A founding member of the acclaimed Irish-American band Solas, Casey has built a successful career as a solo artist and released seven solo albums, including 2019’s “Hieroglyphs That Tell the Tale” and 2014’s “Two More Hours”; these recordings showcased her songwriting as well as her interest in other musical forms, including jazz, blues, and R&B. Casey also was the lead singer for Childsplay, the Boston-based fiddle ensemble which gave its farewell performance in the fall of 2019. In 2018, she helped to found FairPlé, an organization aimed at achieving fairness and gender balance for female performers in Irish traditional and folk music.

In addition to her performance in the BCMFest Nightcap ($25 suggested donation), Casey will present an hour-long workshop on Jan. 17 during which she will teach and discuss songs related to social justice. Drawing from her extensive repertoire and exploring the texts and meaning behind the songs’ lyrics, Casey will speak on issues raised within a performance and how to navigate the need to speak on social justice and a sense of fairness towards the audience’s “night out.”

•A compelling partnership of sounds and sensations, Alasdair Fraser and Natalie Haas have for years been among the most popular duos in the Celtic music scene. Fraser is one of the leading Scottish fiddlers of the past few decades, and Haas (a Boston-area resident since 2016) has been a foundational figure in the use of cello in various forms of traditional music. In their duets, the two exchange riffs, trade off melody versus rhythm, and otherwise converse in various tones of emotion and intensity, drawing on Scottish and other Celtic traditions, as well as elements of Scandinavian, Breton, American, classical, jazz, and other music forms. They have just released their sixth album, “Syzygy,” which consists of original compositions.

Besides their BCMFest Nightcap concert, Fraser and Haas will talk about and demonstrate their music as part of a two-hour class on Jan. 18.

Other workshops to be offered include Molly Pinto Madigan on ballad-inspired songwriting (January 18, 11 a.m.). For workshop prices and updates, see the festival website [passim.org/bcmfest].