From left, Guy van Swearingen and Shane Kenyon in the Pulitzer Prize-winning “Sweat,” at the Huntington Theatre through March 1.

Lynn Nottage’s Pulitzer Prize-winning play “Sweat” is currently stirring the emotional pot at the Huntington Theatre. Set in Reading, PA, and based on interviews Nottage conducted with residents there, the play chronicles what happens in the working-class community when a local factory slashes jobs, cuts benefits, and sends the lives of its workers into a domino-effect tail spin.

Racism flairs, lives crumble, and friends turn on one another in ways that become brutal.

Shane Kenyon turns in a raw, blistering performance as Jason, a recently released prisoner with a black eye and white supremacist tattoos. The Chicago-based actor has worked at most of the Windy City’s major theater companies in addition to being a member of Irish Theater of Chicago since 2012.

Raised in Phoenix, he relocated to Chicago to study at the Chicago College of Performing Arts at Roosevelt University, where he earned his BFA in Theater Performance.

He subsequently built an award-winning career by performing at Steppenwolf, the Goodman Theatr 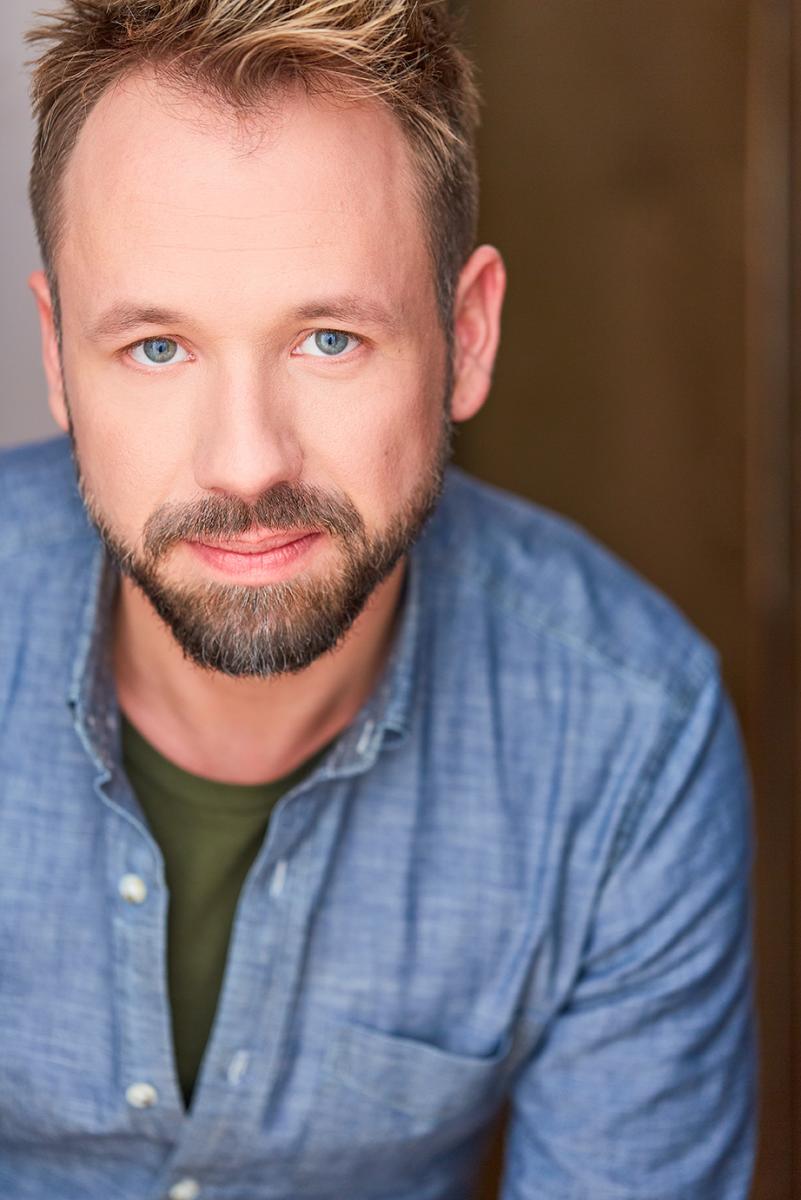 e, Victory Gardens, Windy City Playhouse, and more. He has also been seen on television in “Chicago Med,” “Chicago PD,” “Empire” and “Mind Games,” among others.

In an interesting twist, Shane was considered for a role in “Sweat” when the Goodman was mounting a Chicago production directed by Ron OJ Parson.  His longtime friend and colleague, the director Kimberly Senior, helped coach him for his audition. Unfortunately, he wasn’t cast. However, when the Huntington invited Senior to direct “Sweat” this season here in Boston, she immediately thought of Shane.

“She felt I was just a really great fit for the show.  Hopefully, she still feels that way,” he said with a laugh.

We spoke during a break in his busy schedule.  Here’s an edited look at our conversation:

BI. Your character, Jason, winds up facing desperation when his livelihood is threatened in “Sweat.”

A. Jason is a lot about loyalty and lineage and hard work because Jason represents this blue-collar America that we’re so familiar with . . . This isn’t about big dreams. This is about getting through school, and doing exactly what his mom and dad did, which is getting a job in the factory.  It provides a really good life. There’s nothing wrong with it.

BI. But his road takes a violent turn.

A. Most of the play is set in 2000, and then you see us in 2008 after this horrible thing has happened and Jason has just been released from prison.  And that’s a whole different Jason.  He really does turn into a new person who’s just struggling with survival.  His values turn from all these options – friendship, loyalty, money, drinking – to just getting through the day . . . One bad decision, one misstep, one horrible accident or moment of getting out of control can really change the entire course of your life.

BI. One writer commented that “Sweat” shows the ways in which pre-existing impulses of bigotry can be turned up, or supercharged, by economic pressures.

A. That’s been a theme of so many days in the rehearsal room . . . If you take somebody’s job, essentially take their life away – especially when you’re in a small town where this is what the whole thing revolves around – people get mean, quick.   We forget the amount of chaos that a human can get spun into at the drop of a dime when their money’s gone or when their future is in danger.  Money brings out the worst in us, and that’s something we all know. The world revolves around it.

BI. Although the play was written in 2015, the emotions resonate in today’s economic climate.

A. It’s a gift to be able to do a play like this that is so important and has so much say.  One of the reasons that I love this play is that it’s a play that you go and watch, and then you have to talk about it on the way home.   You have to eat some pie and have a chat.  Hopefully, you’re not the same as when you walked in.

BI. What was the first play that made a real impression on you when you were growing up?

A. There’s actually two. Growing up in Phoenix, one of the big trips we took every summer was that we would drive up to the Utah Shakespeare Festival, where I was very lucky to work many years later . . . We’d see all the shows . . . One of them was a production of “Hamlet” . . . Then there was this two-hander Irish play called “Stones In His Pocket”  . . . That show really spun me around. I think seeing those two productions at that theater were two benchmark shows.  I said I have to do this. I love theater so much. Telling stories.  Just how special and almost religious it all can be.  What it’s like to sit in an audience and listen to a group of actors tell a story.   It’s really special.

BI. What was your first show in Chicago?

A. My first professional show in Chicago was with this company called Seanachai Theater Company, that’s now called the Irish Theater of Chicago, which I would later become a member of.  The show was called “Scenes From The Big Picture.”  I had just gotten out of school and I was doing chorus work at Steppenwolf where I was basically moving furniture in the dark.  One of the actors in the show said, ‘Hey I’m a part of this company, we’re doing this show, and we have a part where, during the first three weeks of the run you’d just have one line.  And it’s the word “No.”  But then the last week of the run, we’d love for you to step in as the lead.  Is that something you’d be interested in?’ . . . I was like “Ya-Ya-Ya, Please-Please-Please!

BI. Have you had a favorite play at Irish Theater of Chicago?

A. The cool thing about Irish Theater of Chicago is that it was kind of like my first home, my first artistic home where I’d felt really welcome.   We did a production of Conor McPherson’s “The Seafarer,” which is one of my favorite plays ever.  And the production did really, really well in Chicago.  We got great reviews and we extended and extended and extended and even got to remount it.  I was with a really great group of guys, one of whom is definitely one of my mentors and one of my best friends (Dan Waller). That play was really, really special . . . It’s always fun to be [onstage] with a bunch of guys, drinking and playing cards.  And talking about Irish stuff.

R. J. Donovan is editor and publisher of onstageboston.com.