The Coronas, “True Love Waits” • Sure, go ahead and crack jokes about The Most Dubious Band Name of 2020 – no doubt The Coronas have heard them all. In fact, one of its members, guitarist Danny O’Reilly, was quoted as saying, “I’d swap ‘The Coronas’ with ‘The Vaccines.’”

But this indie-pop trio, formerly a quartet until last year’s departure of guitarist Dave McPhillips, pre-dates the virus to the early ’00s, when O’Reilly (son of legendary singer Mary Black), bassist Graham Knox, and drummer Conor Egan – then all students at Dublin’s Terenure College – first began playing together. Since then, they’ve achieved a decent amount of success, releasing multi-platinum-selling albums – including “Tony Was an Ex-Con,” which beat out U2’s “No Line on the Horizon” for Best Album at the 2010 Meteor Ireland Music Awards – and a couple of Top 20 singles, plus opening for Paul McCartney and Justin Timberlake, among others. This year was supposed to include a major North American tour in support of “True Love Waits,” their sixth release.

So much for the big plans, but “True Love Waits” affirms their arena-ready, pop-rock-with-weight sound: generally uncluttered (i.e. no orchestras or ultra-conspicuous electronic rhythm tracks), fronted by O’Reilly’s jangly, shimmering electric guitar, keyboards, and passionate vocals, with pleasing harmonies from Knox and Egan. The overall theme here is one of romance, or the possibility of it, and when (or if) one should set aside caution and jump in with both feet. The title track, which begins the album, expresses this old-as-humanity-itself dilemma: “If it's true love, it will wait for us/And I'll try so hard to prove/If that's something that you want me to do/And if I'm holding back or I don't react/Is it just too good to be true?/How could things be so much better with you?”

While not exactly a counterpoint, the album’s last song, “LA at Night,” is an argument for restraint in the face of tempting circumstances: As O’Reilly has explained, the idea for the song grew out of a weekend spent with a female friend, who – like him – had just come out of a relationship; while acknowledging the potential spark between them, he said, the two kept an emotional, and physical, distance to “talk about our stories” and simply enjoy one another’s company. Which is why “LA at Night” comes across as the least ironic or angsty song on the album: “And if it's too soon/Then we're both screwed just on purpose/And it's a big if/Just like my card tricks/They're not perfect.”

In between these bookends, there are some catchy, tuneful numbers, such as “Lost in the Thick of It,” in which O’Reilly duets with UK singer-songwriter Gabrielle Aplin (the co-writer) – it’s a simultaneous he-said/she-said confessional (the song’s official video is centered on a split-screen composite of O’Reilly and Aplin) spiced with an infectious do-do-do vocalization. “Cold,” with Egan’s astute drumming deftly underpinning O’Reilly’s piano, plays on multiple interpretations of the word, that is, the physical sensation or a lack of empathy: “When I go I won't like you less/Though it seems I'm still streets ahead/It wasn't a fake, it wasn't a lie/Just a bit unkind.” Higher up the thermometer is “Heat of the Moment,” which is not a millennial tribute to the 1980s Asia classic – where that song was a backward, regretful glance, this one is literally of the moment: “Maybe it's love maybe it's not/Maybe we should just go with our gut/But in the heat of the moment/We're still glowing.”

“True Love Waits” doesn’t necessarily lull you into a ruminative state on relationships; while there is some clever, occasionally piquant writing (“I heard that you might be discreet/From every dog in the street”), you may find yourself checking out from time to time amidst the litany of introspection and anxiety. It’s overall an enjoyable listening experience, though, and quite appropriate for this day and age, when almost every decision we make – whether about pursuing love or going to the laundromat – seems to require careful thought and weighing of consequences. Maybe The Coronas, and the rest of us, will sing a different song in 2021. [thecoronas.net] 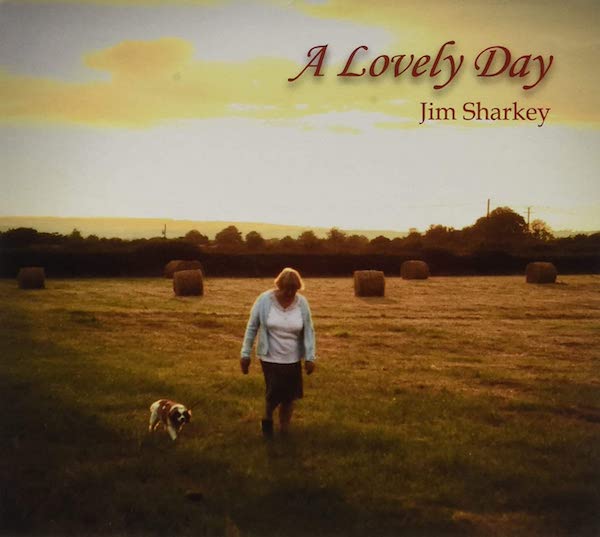 Jim Sharkey, “A Lovely Day” • This probably couldn’t have been a more opportune time for the fourth album from this Roscommon native and current North Carolina resident, who embarked on a later-in-life career as a singer-songwriter, melding Irish roots and American landscapes. If you’re into unbridled anger and existential dread – not that those emotions aren’t understandable these days, of course – you’ll have to look elsewhere: Sharkey’s songs celebrate the unhurried life and the merits of contemplation and remembrance, with tone and tempo to match.

On “A Lovely Day,” Sharkey once again animates Irish and American history through the lives and experiences of individuals, fictional and real-life. “My Home in Roscommon” is the most personal reminiscence, evoking local sites and people from his youth while also acknowledging them (and himself) as links in a very long chain: “My home in Roscommon where the Beaker Folk of old/settled round Aughurine 4,000 years ago.”  Along similar lines is “The State It Has Me In” – based on an earlier incarnation of “My Home in Roscommon” – which strongly suggests that personal history might best be left alone where modern technology and social media is concerned (something with which more than a few Facebook users might agree).

“Mother Jones” is a perfectly good account of the Cork-born American labor leader – hard to improve on Andy Irvine’s “Spirit of Mother Jones,” though – while “The Old Piano” revolves around an imagined biography of another female Irish immigrant who becomes part of the Dust Bowl migration, her life – and the Irish-American legacy itself – epitomized through the music she played: “Of Galway Bay; and The Homes of Donegal/Skibbereen; and The Derry Air/Shenandoah; This Land is Your Land/Songs that helped our country grow.” Going further back in time, Massachusetts is the setting for “The Highwayman,” a light-hearted Revolutionary-era ballad definitely not to be confused with the Alfred Noyes poem of the same name.

Other songs on “A Lovely Day” were inspired by events close to Sharkey’s heart – including the weddings of his daughters, just a few months apart – but he depicts them as containing lessons and revelations that are universal: trying to fix something that seems beyond repair (“Just Try It”); finding one’s muse through repose instead of stress and anxiety (“Father of the Bride”); how childish imagination can build adult confidence (“The Champion”); the richness that people often euphemistically dubbed “characters” bring to our lives (“The Christmas Comet”). And lest you think Sharkey is irretrievably nostalgic and set in the distant past, he shows his appreciation for modern-day women’s sports, and the 2019 Women’s Cup in particular, in “The Beautiful Game.”

The quality of musicianship on the album is quite impressive, what with the supporting cast around Sharkey (who plays guitar and harmonica), among them Colin Farrell of Lúnasa , who served as co-producer and appears at several junctures, including on his “Manchester Reel” at the end of “The State It Has Me In”; Farrell’s band mate Cillian Vallely, playing uilleann pipes on two tracks, including “My Home in Roscommon”; Nuala Kennedy, lending harmony vocals on “The Old Piano” and two other songs; and current Bostonian Alan Murray, with solid guitar and bouzouki accompaniment.

Sharkey’s songwriting is straightforward and plain-spoken, with an obvious affection for home and hearth, but doesn’t come across as mawkish or cloying. Hard-edged polemics and rhetoric just aren’t his style, and this is no small consideration in a time of very loud voices. [jimsharkeymusic.com]