Ralph Waldo Emerson once noted that ”music and wine are one.” Kristen Lee Sergeant is living that conviction to the fullest.

A native of Manchester-by-the-Sea, she’s a jazz vocalist and composer who has blended her passion for music and wine into a journey celebrating both.

Kristen and her partner, Grammy-Award winning saxophonist Ted Nash, have recently launched the second vintage of Two Notes, their own Bordeaux blend, giving fans an enticing reason to toast the New Year.

Growing up on the North Shore, Kristen was devoted to professional theater both in high school and later at Brandeis University, where she received the Ira Gershwin Prize in Music.

You may have seen her locally in the Boston run of “Jacques Brel,” or onstage at Lyric Stage, the Huntington, or the Firehouse Center in Newburyport. She was also working at Boston restaurants, including The Federalist on Beacon Hill.

Her classical vocal training had prepared her for a life in musical theater and opera, but after moving to New York, she found her home in the world of jazz.  She’s been in the spotlight at Birdland, Iridium, Joe’s Pub, and Zinc Bar among others. Simultaneously, she was building her knowledge of wines to become an entrepreneur.

As she says, a singer with a “side hustle” is no anomaly, but a singer who’s also a certified sommelier, serving on the floor of Manhattan’s top restaurants while forging a musical career, is unique.

As she added recently, “I come from Irish stock and we work hard!” 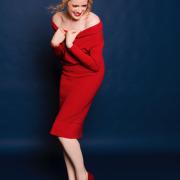 DownBeat Magazine has awarded both albums an Editor’s Pick, citing that she “crafts moments of engaging drama, whether she’s seductively sliding into a note with a near-whisper, delivering a breathy revelation, or belting out a lyric with full-throated muscularity.”

Kristen and Ted’s Two Notes is described as a Bordeaux lover's California blend. A unique combination of almost equal parts Cabernet Sauvignon, Merlot, and Cabernet Franc, it is said to fuse depth of fruit with herbaceous aromatics.

We recently spoke about wine and more.  Following is an edited look at our chat.

Q.  With such a solid foundation in the arts, what drew you to wine?

A. I was always curious about it.  Even when I was a young kid, I kind of forced myself to try new things.  Like espresso in sixth grade, which I thought was gross at the time.  Wine always intrigued me. Refining my senses is something that’s consistent in musical things that I do as well as oenological things that I do. I wanted to learn about wine when I was in college.  And some veeeery sophisticated older man introduced me to Gallo.  (Laughs)  In the giant jug.  (Laughs) So I started with that and then continued the study along the way.

Q. Your experience in the restaurant industry must have contributed.

A. Once I came to New York, I would just so happen to end up in very wine-centric venues . . . I was in the wine shed and the musical shed at the same time. I ended up getting a job at Gotham Bar and Grill, a three star Manhattan institution, and I got to taste some of the greatest wines in the world.

Q. And you became a sommelier. 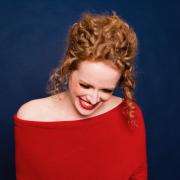 A. I got hired for the first job I had as a sommelier without any official schooling, just a lot of self-study.  And then I worked in retail, so I studied there and tasted a lot of things.  I only got certified after I (left) that job to prove to people that I actually knew what I was doing.  So really, it was just a lot of time spent, tasting, and thinking, and studying. The jobs accelerated that education, because you can’t learn about wine from books.  You have to taste the bottle.

Q. To the uninitiated, what makes a bottle of a wine expensive?

A. Well, there are several elements.  What’s in the bottle?  You can taste, to a certain degree, when things start getting pricey.  Oak costs.  Especially high-quality oak, new oak. That’s part of it.  You’ve got cooperage. The real estate that the vines are on . . . You have vineyard techniques.  Are they using machinery to pick the grapes, are they hand picking the grapes?   How are those people that work in the vineyard being treated?

A.  For a lot of Italian regions, there’s a mandatory period of time where the winemaker has to sit on that wine without releasing it . . . so if you think about it, the longer a wine ages in Italy in the barrel, that’s time that the winemaker is not able to make any profit off his wine.  Time costs money . . . So you’re paying for a lot of different things . . . I’ve had wines that made me cry.  They weren’t cheap!

Q. How did you and Ted first connect?

A. I heard an arrangement of his at Jazz at Lincoln Center . . . There was this stunning “Scarborough Fair” that he had created for Bobby McFerrin, who had been in residence at Brandeis while I was there.  I was so struck by this arrangement that I sought him out on Facebook . . . I had just started trying to arrange for myself, and a friendship was struck.  We were friends for several years before we started making wines together.

Q. And now life’s a rich fusion of wine and song.

A. If you have wine and music, you’ve covered all the senses.

R. J. Donovan is editor and publisher of onstageboston.com.