On an autumn day in Boston, when the blue sky is clear, the sun is warm, and the radiant color of the foliage reflects off the Charles River in a beauty that can take your breath away, superstitious Bostonians know the truth: “We’ll pay for this later.” Deep in the psyche is the knowledge that a gorgeous fall day will have an equal and opposite counterpoint.  As sure as the sun rises but also sets, a bone-chilling, polar-vortexed February day will compensate for this pleasure.  And on that cold, dark, score-settling morning, many a Bostonian will say “Ah, well, it's part of our penance.”

There is a similar reaction to good weather, or good news generally. in Ireland.  If you comment on the fine sunshine, someone is sure to respond “Ach, sure now you’ve ruined it. Don't say it out loud!  Och, it will be lashing rain now. Don't put the mockers on it!”  Putting the mockers on something means jinxing it.

In 2022, the remarkable sunshine of success and resilience of the Irish economy has some people worried.  Every day seems to bring news that dozens, hundreds, or even thousands of jobs will be added by Amazon, Medtronic, Abbott Labs, Siemens, Riot Games (apparently a video game company), or that large new capital investments in manufacturing facilities by Intel or Lilly are coming on line.  So far this year, the Exchequer has collected an unanticipated 4-billion-euro surplus in income tax payments and a 4.2-billion-euro surplus in corporate tax income from multinationals. This good news is quietly acknowledged, but there is no big ballyhoo – Don't say anything, lads!  You’ll give the game away!

Census data published over the summer reveal that for the first time since the great famine, Ireland’s population is larger than it was prior to the Great Hunger. In addition to “natural increase” (births minus deaths), immigration to Ireland has outpaced emigration.  This does not even include the 40,000 or so Ukrainians Ireland has generously welcomed to its shores so far.

Dublin’s city center is crowded with groups of students or tourists from Spain, France, Portugal, and Germany.  Summer abroad programs and tours that previously would have gone to London have been rerouted to Dublin because it is easier than traveling to Britain post Brexit.

A particular bright spot over the last 30 years in Ireland has been the steady growth of manufacturing.  Ireland’s population is 13 times smaller than the UK’s, but as of 2022 the manufacturing base of Ireland is now 50 percent of the UK’s, much of it driven by the pharma, MedTech, and technology sectors.  There is a “buzz about the place,” but in spite of all of this good news, there is a feeling of foreboding. 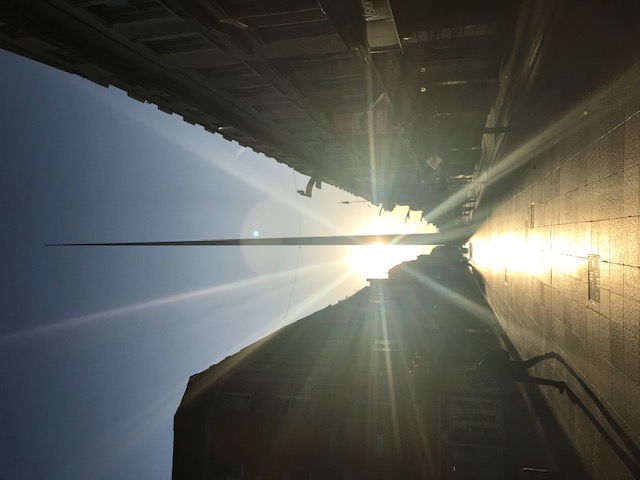 Not everyone is prospering.  Homelessness, rising income inequality, and the cost of living, especially in housing, haunt Ireland. Irish people wonder ‘If we can accommodate 40,000 Ukrainian refugees ,why can’t we look after rough sleepers and build homes that our children can afford to buy?’  This question is posed without rancor; there is negligible nativist ‘foreigners go home’ sentiment in Ireland, but rather with sincere frustration and fear that talented young Irishmen and Irishwomen will turn again to emigration and take their energy and ambition elsewhere. There are disagreements among the political parties about how much housing should be built by the state or by private enterprise, and at what pace. Inflation is driving the costs up of everything, including building materials, but at least the political parties agree that housing is a major issue.

Another worry is that 10 multinational companies (Apple, Pfizer, Google, Intel, and others) account for 50 percent of the corporate tax haul to the Irish state. The fear is that decisions taken in Silicon Valley board rooms will determine Ireland's future. The mass migration of the ‘80s, the boom of the Celtic Tiger years, the bust of the real estate-driven financial crisis, and the austerity imposed by the IMF, cause many to look at Ireland’s strong economy and tax surplus with skepticism.

‘People in Ireland never forget that they have to die.” – Paddy Kavanagh

The cultural memory of the fragility of prosperity and the suffering caused by economic collapse is still fresh, and today’s world has no shortage of legitimate concerns. The multinationals might decide to pull up stakes and move to another country. If Ireland has become over-dependent on their tax payments to fund the health service, education, and infrastructure, the nation would face trouble.  Tory-led Britain (by Liz Truss or Rishi Sunak) will likely escalate its Brexit dispute with the EU into a trade war, with Ireland at ground zero. The invasion of Ukraine has disrupted energy and food supplies and brought inflation to a 40-year high.  A looming global recession and the effects of climate breakdown will impact everyone, including Ireland.

Ireland’s large tax surpluses and booming economy have produced political pressure on the coalition government to immediately either share the tax windfalls with those most vulnerable or to squirrel it away for a rainy day (there are plenty of those!).

The economist David McWilliams suggests that a portion of the surplus should be used to create a Citizens Wealth Fund that would invest in Irish companies and industries of the future. This approach would address the underlying worry of overreliance on taxes from foreign companies. It would also help move Ireland up the value chain from factories, call centers, and data centers to the invention and creation of new technology. The traditional source of wealth and destination for investment in Ireland has been land. McWilliams argues that introducing alternative local investment options would also stabilize soaring home prices.

Manufacturing and technology jobs in Ireland provide decent wages and stable employment. They provide a foundation for thriving members of the middle class who can raise their families in security. Still, they do not mitigate the long-term risk of foreign-headquartered companies determining Ireland’s future.  To avoid that, Ireland must become the place where the next Stripe or Google is founded and flourishes.

Stripe is a multi-billion-dollar San Francisco payments processing startup founded by Patrick and John Collison of Co. Tipperary known here as ‘The Stripe Lads’.  Stripe’s EU headquarters is in Ireland, and the billionaire brothers are universally admired, but there is hope that Ireland could be the breeding ground for the next global successes like Stripe. A Citizens Wealth Fund could provide seed funding for new, innovative companies.

Ireland may not be able to rival the biotech juggernaut that Boston and Cambridge have created or the software powerhouse of Silicon Valley, but there is much more that can be done to encourage domestic investment to position Ireland for the next big waves in life sciences, including cancer care and research, clean energy, software, and MedTech. By investing in these sectors, Ireland will create more local research and development clusters that will result ultimately in more wealth accumulating in Ireland.

How to build a society that reflects affluence and good will

Creating more wealth in Ireland would not by itself ensure Ireland's vision of building a society that is both prosperous and fair. Galloping income inequality in the United States is proof that a rich country can produce starkly uneven opportunities and outcomes.

In his wonderful book, “The Story of The Irish People,” published in 1983, Sean O’Faolain presents the history of Ireland not with a traditional narrative of important dates, events, and remarkable individuals, but rather by describing four Irish archetypes: peasants, priests, rebels and writers.  The group that O’Faolain intentionally omitted was a domestic wealthy class.  Why?  Because it has never really existed. O’Faolain asks whether a native-born Irish bourgeoisie would be as selfish, cruel, and occasionally charitable as the absentee landlords were.

Wealth is still uncommon here by American standards, so O'Faolain's central question is still relevant.   Will an affluent Ireland build a fair and just society envisioned by peasants, priests, rebels, and writers, or will wealth inexorably collect at the top with a native-born moneyed class becoming insensitive to, and insulated from, the struggles and prospects of the unlucky?  As important, can Ireland structure a future society that shares wealth to cure or prevent social ills as a matter of design rather than relying on philanthropy to address problems that have become crises?

The jury is still out. Like every country, Ireland is a work in progress but there are reasons for hope. Culturally, greed is not looked upon favorably.  After the Celtic Tiger boom went bust, comic Tommy Tiernan commented simply, “Money doesn't suit us,” but the boom is back now, bigger than ever, and Ireland should take intentional steps to share their wealth more evenly to ensure the flourishing of current and future generations.

The example of other small countries might provide guidance. Norway used the riches generated by its natural resources of oil and gas to create a Sovereign Wealth Fund in 1996.  It has grown to $1.3 trillion, which corresponds to $230,000 for every Norwegian. Ireland’s only natural resource, apart from rain and wind, which are found in abundance, is its people. The good news is that Irish culture and talent, unlike oil, are renewable resources.

American startups that become successful make a very small group of founders and investors extremely wealthy. Some of the winners embrace philanthropy as a way of giving back to the society that enabled their success. Could Ireland alter this model by making every Irish citizen a benefit in the future success of companies born and bred in Ireland? Seed funding of indigenous startups could become a vehicle not just for good decent-wage jobs but also for broadly shared prosperity.

Skeptics of the possibility of building a wealthy and fair society and of involving the government in any way, point to examples of brazen political and financial corruption during Ireland’s 100 years of independence. Cash-stuffed brown envelopes, kickbacks, sketchy real estate transactions, and sweetheart deals to the well-connected are all part of the public record. The financial meltdown in 2008-2009 revealed a level of greed and chicanery by a small number of rich people in Ireland that rivaled New York, if on a smaller scale.

Even so, there is reason to hope and time to plan.  Ireland is not a perfect country nor a perfectly fair country, but it is trying to be one.  And that is something, an enormous something.

Nostalgia? In Ireland, it’s ‘for the future’

A 2021 Ipsos Global Trend Survey asked participants to respond to statements like “I would like my country to be the way it used to be.” Ireland ranked as one of the least nostalgic of any country. This surprised me, because nostalgia and Ireland are so deeply associated in my imagination, but Irish people are clear-eyed about their history. The picturesque poverty of leaky thatched roofs, donkey carts, scant opportunity, and emigration are recalled not as contentment but as a warning of how economic stress can dismember a society. Their strong pride in being Irish is not misconstrued as a desire to go back to those days of poverty, tragedy, and separation.

Countries that rank highest in “national nostalgia,” those that yearn for the “good ole days” of an imagined past that never really was, have seen nostalgia morph into resentment and far-right anti-immigrant movements like Brexit or MAGA. Middle-class manufacturing jobs and prospects have dwindled in nostalgic countries and their “pain has turned to wrath.” In contrast, far-right populist groups have no support in Ireland, in part because Ireland’s middle class is strong and growing, supported by stable manufacturing jobs.

Irish people have achieved global success in business, politics, diplomacy, literature, music, the visual arts, cinema, and sports. With more of her people pursuing their careers at home, Ireland can choose to craft a future with its own unique model of shared prosperity.

President Joe Biden perhaps captured the mindset best during his Paddy’s Day meeting with Taoiseach Micheal Martin when he said, “We Irish are nostalgic for the future.”