We last spoke exactly two years ago when “Riverdance” was weeks away from opening at Boston’s Wang Theatre.  Then Covid struck, the tour was cancelled, and life came to abrupt halt for us all. 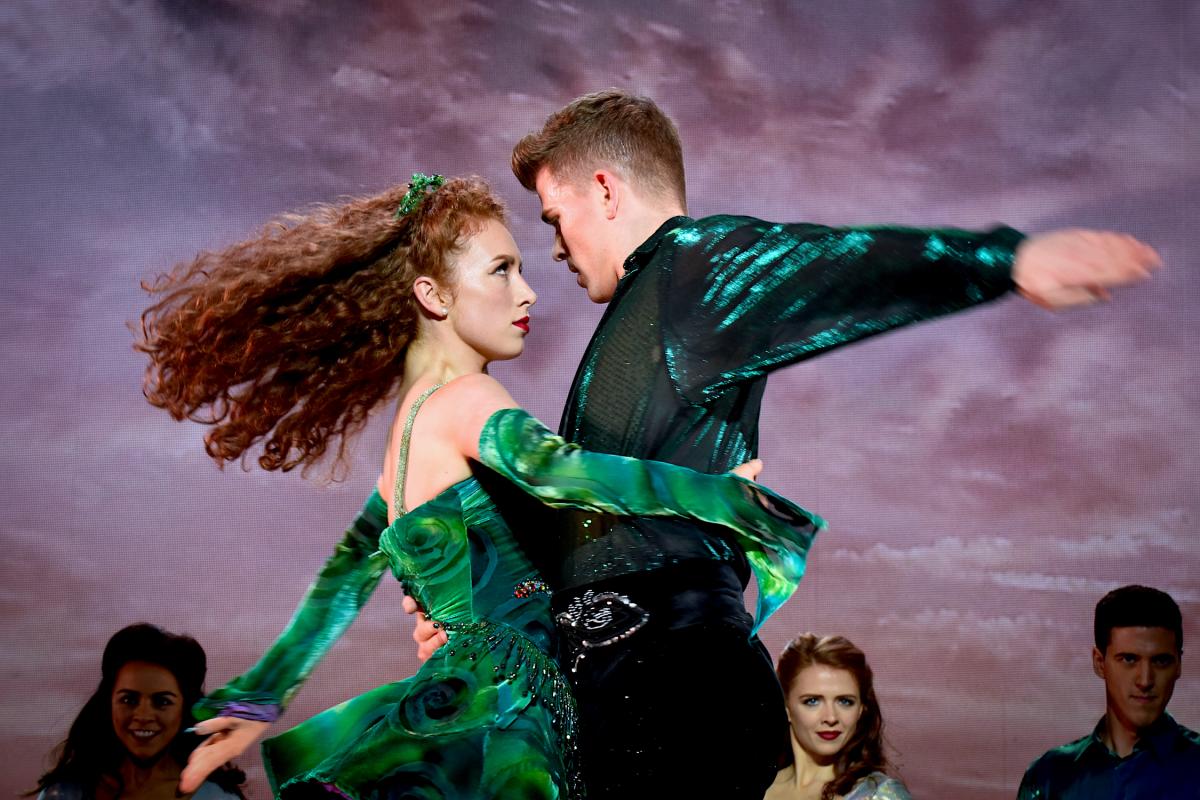 Happily, the show’s anniversary tour is back, returning to the Wang from May 10 to May 15.  Padraic and I recently caught up via a Zoom call from his home in Dublin.  Following are excerpts from our conversation.

Q. So where were you all when the 25th anniversary tour was cancelled in 2020?

A. At Radio City Music Hall in New York. We opened Tuesday. We had Wednesday night.  And then Thursday night, as we were dancing the show, there were meetings being held in the background where it was being decided.  We gathered the company on stage at Intermission to let them know that would be their final show for what we thought would be a week or two.

Q. You travel with a cast and crew of 51.  Being so far from home and loved ones, how did you secure everyone?

A. Through terrific organizational skills from our company managers and our team here in Dublin . . . Pretty much by the weekend we realized it wasn’t going to be just a week or so.  We said to ourselves, let’s get everybody home and just wait this out.  But we didn’t think two years!

In a moment like that, compassion becomes the most important aspect.  And patience.  Our company manager and our leaders on the road, they were the epitome of all of that.  They understood that the artists were scared.  They understood that every single day, in fact every hour, things were changing.  And with that came fear. And with that fear came a sense of anxiety for everybody  involved.  I have to give a huge amount of credit to the cast as well. They were consoling each other.

Q. And now you’re all back. What’s new for this tour? How have you revitalized the production?

A. There’s a lot new in this one.  The set’s completely new, it’s very different from any set we’ve had in the past.  All the backdrops, every piece of visual content that we’ve ever had in the show, is now new. It moves with the choreography at times . . . Is it absolutely stunning.  Primarily because of the technology around the lights -- the number of lights that we’re now fitting on the stage that we didn’t carry with us in the past.  It gives it a whole new sense of life.

Q. Do you address the enormous history of the show?

A. One of the special things, and I think you’ll enjoy this, at the very beginning of the show, we have paid homage and give thanks and respect to those who have gone before us over the course of 25 years.  In the span of two minutes, at the very, very beginning, there is footage played on the screen introduced by Gabriel Byrne, and he kind of covers “Riverdance” across 25 years, from Michael Flatley and Jean Butler . . . in terms of the leads, myself, and all the cast members, the various Russian troupes, all the cities we’ve played in.  And in the end, director John McColgan’s voice comes in, effectively saying, “25 years of joyous performance,” and it leads into today’s 25th anniversary production of “Riverdance.”

Q : Your run here in Boston is one of the tour’s longer engagements.  I know from our past conversations that Boston remains very special to you all.

Padraic Moyles: We have trust and faith in Boston.  We will always deliver there and Boston will always deliver for us.  And that comes down to our relationships at the Wang.    (President/CEO) Joe Spaulding was one of the first people to bring us over to the U.S.  He showed a sense of trust in us that we were going to be able to deliver at a very early stage . . .  It’s a terrific experience to be in that venue and be surrounded by those people and that culture . . . To say Boston is a special place for “Riverdance” is no understatement, I’ll tell you that . . . Plus, as you know, I first auditioned for the show myself in Boston . . . That’s where it all started for me.

Q. Noting the 25th anniversary, I assume that some of your dancers have never known a world where “Riverdance” didn’t exist.

A. That’s correct.  There’s probably more of the cast right now that were not born when “Riverdance” started than those who are over the age of 25.   Just incredible. The challenge in that, I think I mentioned it to you when we were in Boston for the Summer Academy, is helping them understand what they’re a part of.  The culture, the history, the meaning, the purpose – all of those things.

Q. Is there a moment in the show now that speaks to you personally?

A. I think it comes back to what you were taking about with the last two years. The  opening number, “Reel Around The Sun.” It starts with our singer saying, “Hear my cry and my hunger and search for you.”  For me that is the hunger and search for that audience one more time, having been deprived of it for two years . . . It’s followed by a lone whistle player. And then the words, “Out of the dark they came,  out of the night.”  Coming out of what we have been in, in terms of this pandemic, and we’re still dealing with it, but essentially coming out of it.  When I heard that when we were just at the Kennedy Center in Washington D.C., I said to myself, ‘How fitting.’”

Addendum: Watch Padraic Moyles and Maria Buffini lead the troupe in a 2011 Dublin concert for Queen Elizabeth II at youtube.com/watch?v=bgqXuY9pi40